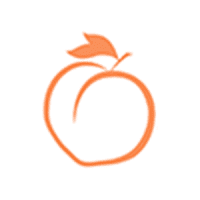 Ultrasound gives pregnant parents the first amazing view of their baby, but this safe technique also produces exceptional images to diagnose many gynecological conditions. The board-certified physicians at Georgia Obstetrics and Gynecology conveniently offer advanced ultrasound in the office so you can get all your care without traveling to another clinic. If you have questions about ultrasound or need to schedule an appointment, call the office in Atlanta or Alpharetta, Georgia, or book online today.

Ultrasound, also called a sonogram, uses high-frequency sound waves to obtain detailed images of the organs and other structures inside your body. During pregnancy, you can safely get pictures of your baby because ultrasound doesn't use radiation.

When performing an ultrasound, your provider uses a handheld device called a transducer that sends out sound waves.

As they travel through your body, the sound waves bounce off structures and return to the transducer. The transducer transmits the information to a computer that converts the echoes into images.

Georgia Obstetrics and Gynecology performs two types of ultrasound. The type you need depends on the purpose of your imaging.

When pregnant women get an ultrasound image of their baby, they have a transabdominal ultrasound. First, your sonographer applies an ultrasound gel to your skin. Then, they place the transducer against the gel, gently press it against your skin, and move it around until they get the best image.

This type of ultrasound uses a narrow transducer that your provider inserts inside your vagina. Since the sound waves don't travel through skin, a transvaginal ultrasound produces better images of your pelvic organs, as well as the placenta and unborn baby.

How is ultrasound used in obstetrics?

Your provider may perform an ultrasound any time during your pregnancy if they need to evaluate the health or growth of the baby. However, they most often do ultrasounds early in the pregnancy or in the second trimester.

An early ultrasound can confirm the number of babies, identify the baby's gestational age and due date, and determine if you have an ectopic pregnancy.

The second-trimester ultrasound is the one parents look forward to because it gives them the first glimpse of their baby and may reveal the gender. An ultrasound at this stage also allows your provider to evaluate the growth and anatomy of the baby.

How is ultrasound used in gynecology?

Ultrasound is invaluable for determining the cause of symptoms such as abnormal bleeding and pelvic pain. You may need an ultrasound to diagnose conditions such as:

Your provider may also perform an ultrasound to get a better image of a lump in your breast. Ultrasound shows if you have a solid mass or a cyst. It also reveals the shape, size, and precise location of the mass.

If you need to schedule an ultrasound, call Georgia Obstetrics and Gynecology or book an appointment online today.